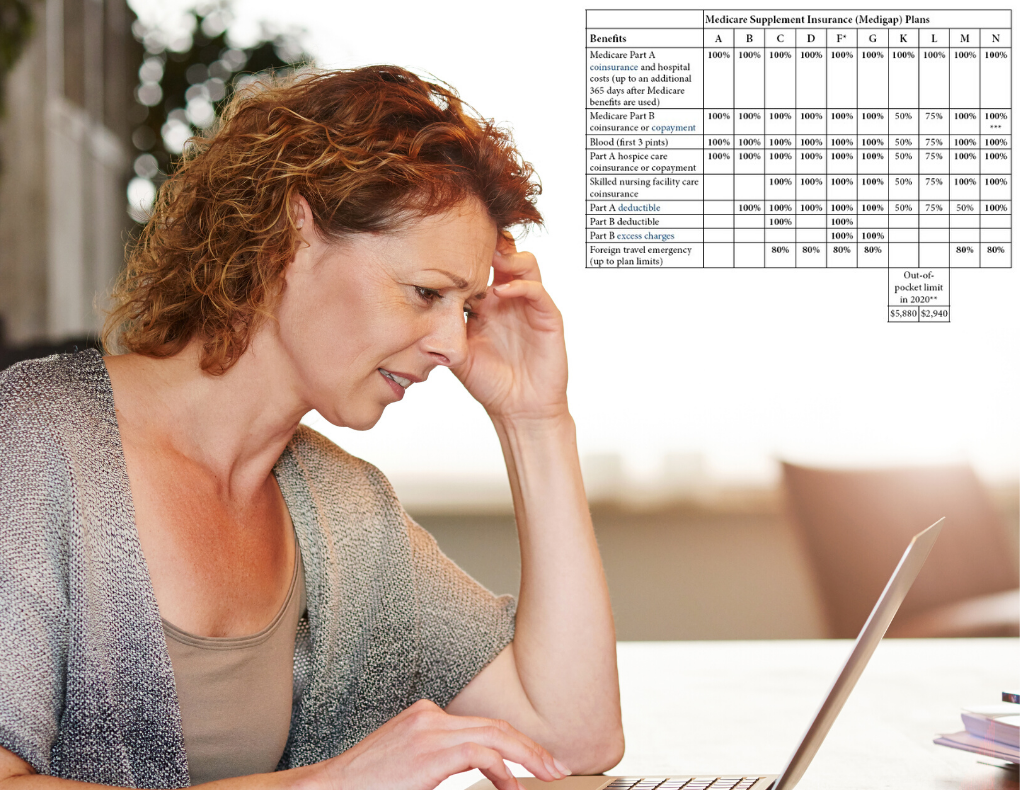 For most people, the choice for which Medicare Supplement plan is best for them boils down to two plans...Plan G or Plan N.  With a little bit of background on how each of these plans works, you should be able to make the right choice for you.

When making your choice of Medicare supplement plans, it's important to remember that insurance companies can't add or subtract benefits from the government-mandated benefits under each plan.

Once you understand what a Plan G does for you, then you can compare the Plan G premiums among different companies, knowing that a Plan G with one company is identical to all other Plan G's on the market.  The only difference between the Plan G's is what the insurance company charges you for their plan.  Sometimes, the difference can be $50-$75 per month between companies.

Let's look at how Plan G and Plan N are the same.

Plan G and N are the same when you're an inpatient at the hospital.  You're covered 100%.

Plan G and N both pay the 20% of Medicare-approved charges on your doctor bills.

Excess charges on your Part B Medical bills are paid by Plan G but not Plan N.  In my experience this is not a major risk because approximately 95% of medical providers in the U.S. accept assignment (the lower Medicare-approved amount) and excess charges don't come into play in that case.

Plan N is the same as Plan G with 3 exceptions.  Plan N doesn't cover "excess charges", which 95% of the time don't come into play.

Plan N can charge you up to a $20 copay for office visits, and a $50 copay for emergency room visits that don't result in a hospital admission.

With the additional potential copays under Plan N, why would you consider it?  It's because it's less expensive than Plan G.  On average a Plan N premium is $20-$30/mo less than a Plan G premium.

If you only go to the doctor's office 4 times/year and you had to pay the $20 copay, you would still save the monthly premium the other 8 months of the year.  That's a potential savings of $150-$250/year...every year.

One other benefit of Plan N is in the area of future rate increases.  A typical rate increase for Plan G among most insurance companies has been averaging 8-10% each year.

Over several years, the difference in premiums between Plan G and Plan N can amount to hundreds of dollars.  On a fixed income, this can make a big difference for you.